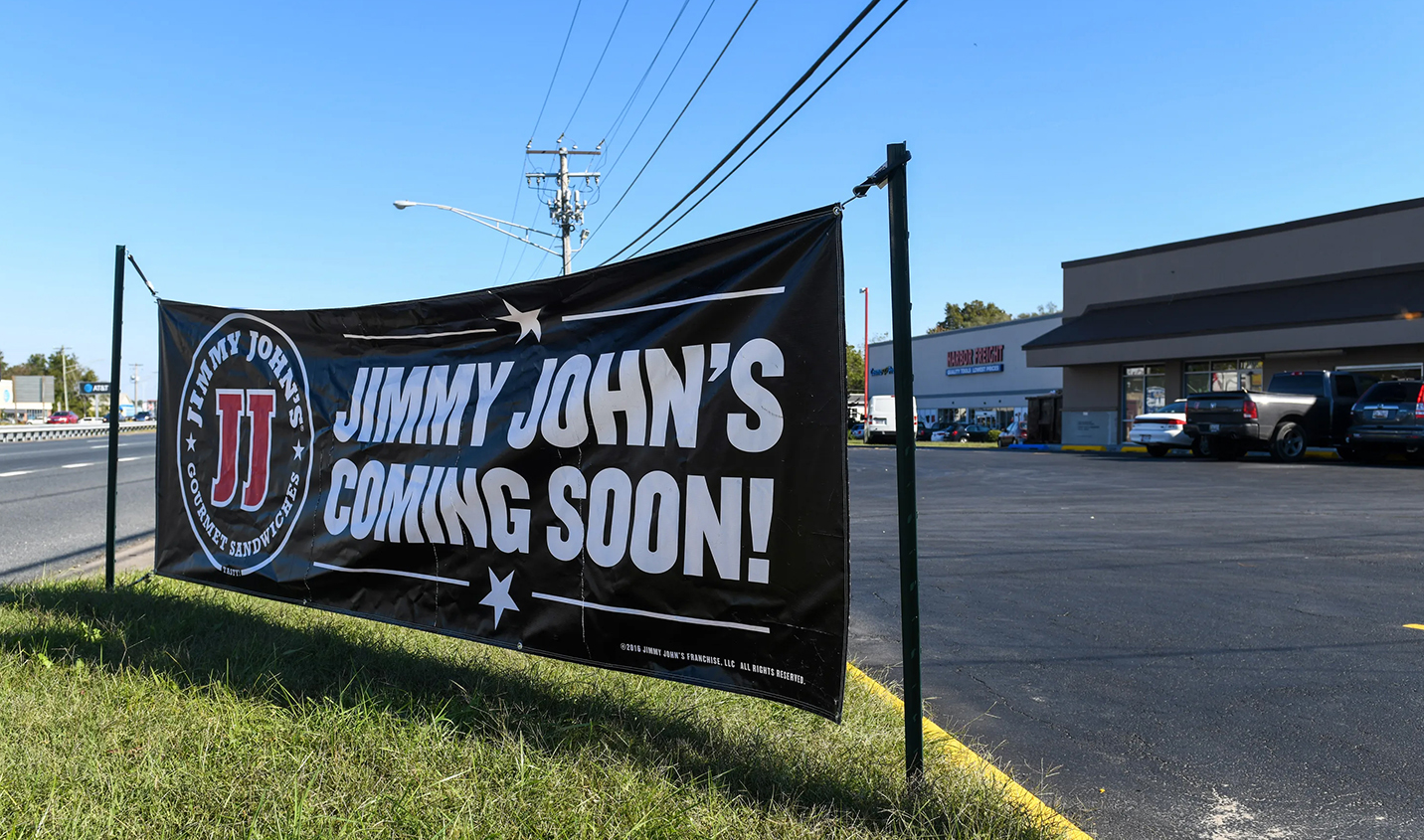 Jimmy John’s is a franchise sandwich chain business now owned by Inspire Brands. They mainly specialize in delivery. The business was originally started in 1983 by Jimmy John Liautaud, the headquarters are located in Champaign, Illinois.

The sandwich chain now operates in over 47 states of the US. They also have over 2,800 franchises. This makes the business 98% franchise owned.

In 1982, Jimmy John Owner graduated from high school on 2nd last position. After this, his father gave him two choices. One was joining military, and the other was starting a business. Jimmy chose the latter, and this proved to be a turning point in his life.

Since he had plans to start a hot dog business, his father gave him the $25,000 that he had promised to contribute to his first business. But hot dog business was more capital intensive than he originally thought. So, he ended up opening a sandwich shop.

Jimmy finally rented a garage for $200 a month and set up his small sandwich shop by buying used appliances. The business was a success from the first day despite its less than ideal location. This was all due to Jimmy handling free samples for marketing, and him delivering the sandwiches him to nearby dorms.

Initially the business was owned 42% by his father and 58% by Jimmy. In 1985 however, jimmy bought out his father’s share and became the sole owner. After this, he started opening more stores in different cities and at different locations in Illinois.

Jimmy is also known for his philanthropy. He donated $1 million to the Folds of Honor Foundation. They support the families of killed and disabled soldiers. He and his wife have also donated $100,000 to the Donald Trump’s 2020 election campaign. There are lots of other examples as well.

Get Notifications of New Posts